“…Whatever knowledge is attainable, must be attained by scientific methods; and what science cannot discover, humankind cannot know.” ~Bertrand Russell

—
With the 2018 midterm elections right around the corner, and with the regular updates about Russia’s intent to meddle in our midterm elections, and now news of Iran, China and North Korea contributing in the effort to undermine our elections, it’s very important to learn the lessons of the past.

There’s immense value in using the scientific method to find answers to the unanswerables.

HYPOTHESIS: Putin had eyes on Weiner’s laptop. (Putin blamed Hillary Clinton for the popular uprising against Putin during his re-eection bid in December 2011. Although Putin won the election, he never forgave Clinton. In fact, Putin hated Hillary Clinton. Putin was former director of the KGB and would have likely begun tracking Clinton and her inner circle as soon as he became president. At the end of 2012, just a year after Putin returned to power, Clinton left her post as Secretary of State and retired. The American public speculated that Hillary was prepping to run for president. Putin surely drew the same conclusion. Huma Abedin was Hillary’s right hand lady. Huma Abedin is married to Anthony Weiner. Weiner resigned from Congress in 2011 after his sexting addiction became public knowledge. Putin would have been delighted by the demise of Weiner. Perhaps this was when the seed of an idea was planted in the back of Putin’s mind. Putin would draw the conclusion that Weiner was Hillary’s weakest link.)

TEST the HYPOTHESIS: It’s unclear if the American public can test whether Putin had eyes on Anthony Weiner’s laptop, and the 650,000 Clinton emails stored there, amongst which were presumably the missing 30,000/some of the missing 30,000 Clinton emails, but based on Mueller indicting two dozen Russians for computer crimes, it seems highly probable that of course Putin had eyes on Weiner’s laptop… for all we know, Putin’s hackers may have been the ones who stashed the 650,000 emails on Weiner’s laptop.

CONCLUSION: Putin took advantage of Weiner’s scandalous, heinous, twisted sickness to undermine Clinton on the eve of what should have been her winning the 2016 election, because surely Putin was tracking Comey too. Putin knew Comey would do the right thing.

Putin has been resting on his laurels for two years.

Again, the 2018 midterm elections are just two months away. We need to understand our enemies and know how they operate so that we can protect ourselves and our cherished democracy. SUN TZU: The only way to win a battle is to know your enemy, and know yourself. 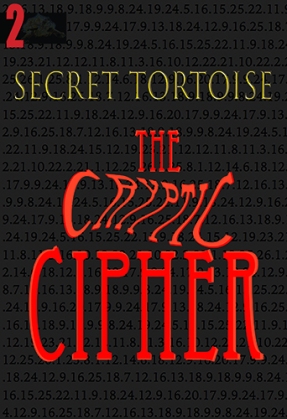